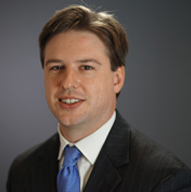 Matt is a Shareholder and represents clients in commercial disputes. These clients range from small, individually owned companies to national financial services firms. Matt has litigated and tried cases in state and federal courts as well as in private arbitrations and administrative hearings.

Prior to joining the Firm, Matt worked at a prominent Philadelphia law firm where he was part of a team that defended the directors and executives of a large publicly-listed media company against criminal and civil charges involving financial fraud.

United States District Court for the District of New Jersey

United States Court of Appeals for the Ninth Circuit

Drafted appellate brief in Ninth Circuit Court of Appeals that successfully overturned judgment in excess of $1,000,000.00 in software vendor dispute.

Drafted Motion to Dismiss that resulted in dismissal of claims by brewery owner against general contractor and subcontractor.

Obtained favorable settlements on behalf of an equipment lease finance company in which lessors did not receive any equipment from vendor.

Successfully defended claim by newspaper publisher against digital-printing press manufacturer and service provider for improper service and warranty of machine.

Successfully represented refugee from South Sudan in reversing USCIS Notice of Intent to deny his application for permanent residence and obtaining citizenship status for refugee.