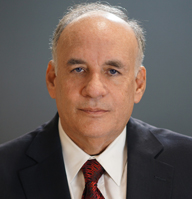 Steve began his career as a Philadelphia Assistant District Attorney where he was assigned to every trial unit including homicide before leaving for private practice with Wolf, Block, Schorr and Solis-Cohen. Steve was invited to join as a Fellow the Litigation Counsel of America, a highly select trial lawyer honorary society composed of less than one-half of one percent of American lawyers. Steve is a member of the Equipment Leasing and Finance Association and has been a speaker at ELFA events on topics related to his practice in addition to speaking events for title insurers and construction executives.

Steve is also a member of several high IQ societies including Mensa and Intertel (The International Legion of Intelligence). He also serves as international President, and is a member and former General Counsel of, the International Society for Philosophical Enquiry (ISPE), an ultra-high IQ think tank limited to those persons that can demonstrate IQ at the 99.9th percentile as measured on standard psychometric tests of intelligence (www.thethousand.com). Currently, there are only approximately 600 qualifying members worldwide. The rank of Diplomate has also been conferred on Steve by the membership of ISPE, ISPE’s highest elected rank.

Steve has years of experience with all phases of both complex commercial litigation and transactional law. Among other things in his broad and varied practice, Steve:

The New York Court of Appeals

Supreme Court of the United States