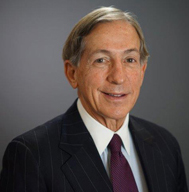 Paul is married to Marianna Krauson and lives in Upper Dublin Township.  They have three living children and six grandchildren.

Prior to joining the firm in 2012, Paul practiced law at a 20 lawyer Montgomery County law firm and served as the Managing Partner for 19 years.

Provides legal advice to private clubs as it relates to tax issues and court decisions about a club’s status as a “Bona Fide Private Club”.

Provides counsel to clients in their estate and wealth management planning.

Represented the Montgomery County Register of Wills for four years and rendered legal opinions when requested by litigants or parties in interest on the practice of law before the Register of Wills.

All Saints Episcopal Church, Rector’s Warden and Member of the Vestry, 1999-2005

Paul spoke frequently while serving in county government as Chairman of the Montgomery County Commissioners and subsequently as Chairman of the Montgomery County Redevelopment Authority.  He made presentations about the challenges facing elected county commissioners to county and regional organizations, local governments and non-profit organizations serving the needs of Montgomery County citizens and the general public.  His topics included, but were not limited to, budgets, county cooperation with SEPTA needs and goals, schools, prison construction, trash to steam plant construction, redevelopment needs, county budgets and financing the operation of county government.

In addition, he has co-authored articles to support county government positions in Pennsylvania.

As senior partner managed the legal representation of a private school being sued by a school district which challenged its tax exempt status.  The Commonwealth Court ruled in favor of the school’s position that it should be entitled to a real property tax exemption as a purely public charity even though the school at the time only admitted male students to the student body.

Won a will contest in Orphans’ Court of Delaware County, PA where decedent typed a short will and wrapped the document around flatware in her silver chest.  She left “everything” to her daughter and two granddaughters in equal shares.  She excluded her son from the will.  She signed the unwitnessed and undated will, “Mom” at the end thereof.  The son sued the estate claiming the will was invalid on its face.  The court ruled the document showed testamentary intent, was signed at the end thereof and was a valid will.