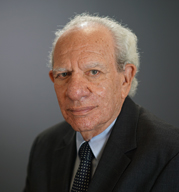 Mr. Greenstein concentrates his practice in the areas of taxation, employee benefit plans, corporations, including operations and transactions, intergenerational transfer of assets, estate planning and administration and real estate including transactions and leasing.

He is experienced in the filing of Federal, State and Local tax returns and representation before the IRS, the United States Tax Court, in addition to State and Local Tribunals.

He has represented both buyers and sellers in real estate acquisitions, financing, leasing and sale.

Prior to joining the firm, Mr. Greenstein was Of Counsel at Obermayer, Rebmann, Maxwell & Hippel in the Business Department.  Previously, he was a partner for 18 years with Hepburn Wilcox Hamilton & Putnam in Philadelphia.  He was also a tax partner for 23 years with Greenstein, Gorelick, Silverman & Price.

Member of Board of Trustees of Strickler Memorial Fund

Member of Board of the Samuel and Sara G. Feinman Fund

Represented a large manufacturing company when it was sold to an affiliate of a large New York brokerage firm and its real estate was leased to the purchaser.

Represented clients in the intergenerational transfer of assets to reduce the value of the estate of the elder generation.

Represented an automobile dealership that was sold to a large company owning numerous car dealerships which arrangement included employment agreements for the principals of the seller.

Admitted to the U.S. Tax Court and has argued matters successfully before said tribunal.  He has also advised clients of the tax consequences of numerous transactions and was in the forefront of the movement to incorporate Professional Practices and to use deferred compensation plans to build wealth for the professionals.  He also has negotiated tax issues with the IRS and has successfully filed Offers in Compromise.

Represented the owner of real estate that was condemned for the Pennsylvania Convention Center and obtained a large payment as a result of a hearing before a Board of View.